A Year After Passage: Tax Reform’s Effects on Owners of Commercial Real Estate

Since the passage of the Tax Cuts & Jobs Act on December 22, 2017, we’ve had some time to digest this new law and analyze the effects this tax reform package will have on individuals and businesses.  As we approach the upcoming tax filing season, it’s a good time to take another look at some of the more impactful aspects of tax reform for owners of commercial real estate.  Keep in mind that this analysis is general in nature, and the application of these issues to any specific taxpayer will require consultation with a professional tax advisor.

The depreciation changes present some enormous planning opportunities.  Cost segregation, which has always presented a great opportunity to accelerate depreciation deductions, can be even more beneficial under the new law.  For building acquisitions (or improvements to existing properties) under TCJA, any assets that can be classified as shorter-lived property (instead of the general 39 years) will be subject to 100% bonus depreciation.  For example, assume a $2,000,000 building, with 10% of the cost reclassified to a shorter depreciable life.  That $200,000 would have produced about $5,100 annually in depreciation deductions without cost segregation.  The same $200,000 will be written off entirely in the year of acquisition under the new law, if properly segregated, classified, and expensed as a result of a cost segregation study.  That’s a difference of almost $195,000 in deductible expense the first year, producing over $48,000 in reduced tax burden, assuming a 25% effective tax rate (varies depending on facts).

Expense limitations under Section 179 will double in 2018 from $500,000 to $1 million, while the phase-out limitation will be increased from $2 million to $2.5 million.  Also, property eligible for section 179 has been expanded to include roofs, HVAC, fire protection and alarm systems, and security systems.  These items were previously ineligible for Section 179, as was tangible personal property used in connection with furnishing lodging, which are also now eligible.

For tax years beginning after December 31, 2017, every business is generally subject to a disallowance of the deduction for net interest expense in excess of 30% of the business’ adjusted taxable income.  Adjusted taxable income is computed without regard to deductions allowable for depreciation, amortization, or depletion.  In other words, it may be complicated to determine the extent to which interest may be limited, so consult your tax advisor.

Deferred gains on the exchange of real property continue to be allowed through a 1031 exchange, but such tax-deferred exchanges are no longer allowed for tangible personal property acquired after December 31, 2017.  As has always been the case, exchanges require extensive planning and thought to mitigate negative tax consequences.

The Tax Cuts & Jobs Act is the most extensive tax legislation we’ve seen in several decades, so this is not to be considered an all-inclusive list of relevant provisions.  There are many important issues to consider moving forward when it comes to tax planning for real estate.  If you are a real estate investor or have real estate in your operating business, you may want to discuss these issues with your tax advisor over the coming months.  In the meantime, be on the lookout for more information and helpful articles about the TCJA. 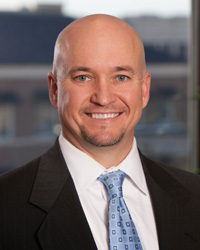