Biden Tax Plan: What Could Happen…Maybe…

Counting votes is hard.  So is staying on top of tax law.  We will leave the former to the states, and your GranthamPoole advisors will focus on the second; it’s what we do every day, after all.  As with most potential changes in administration (we will consider referring to it as “potential” and not necessarily final, not to take a position but to allow for the fact that there continue to be a number of conversations and moving parts in the 2020 federal election process as of this writing), differences in tax and economic policies can result in changes to the Internal Revenue Code, or at least attempts to make such changes.

So, let’s take a look at potential changes on the assumption that we do have a Biden presidency beginning in January.  As everyone knows, the President does not legislate, so we need to consider Congress, and that brings up another outstanding question.  Though the Democratic Party is maintaining control of the House of Representatives, the Senate is projected as likely to remain in Republican control.  If that occurs, it is much more unlikely that Mr. Biden’s significant income tax changes will survive through the legislative process, as a Republican-controlled Senate will probably oppose most of the proposed changes, many of which are tax increases and rollbacks of the Republican-championed Tax Cuts & Jobs Act of December 2017.  Of course, if the Senate does flip to Democratic control – and that is contingent on some upcoming runoffs – then the likelihood of seeing these or similar changes increases dramatically.  Even with only a razor-thin majority, Democrats could push Mr. Biden’s tax agenda through the Budget Reconciliation process, the same process that birthed the aforementioned TCJA – but that process is beyond the scope of this conversation.

Again, we’re not political pundits or grinding any particular ideological axes.  Our job is to analyze current – and sometimes potential – tax and related law changes, and that is what we will do here.  So here we go.  This is not a comprehensive list, and even if we do see changes, there is no guarantee they will have this form, and the timing of the changes is another unknown (caveats…check; provisos…check; disclaimers…check check).

Currently, long-term capital gains and qualified dividends are taxed at 20% or 15% (depending on overall income), with even lower bracket taxpayers paying 0%.  The Biden plan would increase the top rate from 20% to 39.6%, but only for taxpayers with taxable income over $1 million (along with some basis step-up restrictions).

One of the centerpieces of the TCJA was the Qualified Business Income deduction, which allows up to a 20% of qualified income deduction (applicable to earnings from many trades or businesses operated in partnerships and S corporations and/or as sole proprietorships).  While there are existing limits and phaseouts based on multiple factors, the Biden plan would phase out the deduction for taxpayers with taxable income over $400,000.  Just as the QBI deduction was effectively a reduction to effective tax rates, its elimination for higher income taxpayers represents an effective rate increase, along with the absolute rate increases discussed above.

The Biden proposal is to remove the current cap on Social Security payroll tax for earnings over $400,000, which would create what is being referred to as a “donut hole” in the tax structure, in which income between the current cap ($137,700) and $400,000 remaining not taxable, with wages above that again subject to it.

The estate tax rate would rise to 45% while the exemption would drop to $3.5 million, essentially expanding the estate and gift tax significantly, even radically.  The elimination of the step-up in basis provision, which currently allows heirs to avoid taxes on gains that are accumulated before death, would affect asset transfer considerations for everyone, not only high-income individuals.  There have also been some signals about the potential for a mark-to-market tax on appreciated capital assets upon the death of the owner, which is a more dramatic shift than the elimination of a step-up in basis alone.

Again, the above listing represents only some of the possible changes, and how they and other changes may play out in actual legislation (should such even be possible) is unknown.  The overall intent would seem to be a steepening of the progressiveness of the federal income tax curve, i.e. potential tax reductions for lower income taxpayers and increases for higher income taxpayers.

GranthamPoole will continue monitoring developments as, if, and when they occur, so please continue checking our website, following us on social media, and listening to our podcast (The GranthamPoole Report).  Actually talking to us in person is always an option, as well!

It is almost enough to make us want to just count votes for a living.  But then again… 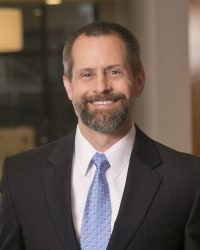