Whether to tax-affect earnings of pass-through entities (“PTE”) has been a hotly debated topic among business valuators for over two decades.  Historically, the IRS has held that PTE earnings are after-tax since there is no tax at the entity level.  Dating back to Walter L. Gross, Jr. et al v. Commissioner of Internal Revenue, the IRS’s position was upheld through a litany of cases.

Despite the growing body of case law, valuators had strong arguments for tax-affecting PTE earnings.  The Income Approach utilized by valuators is based on capitalization rates derived from after-tax net income of publicly traded corporations.  If one were to apply a capitalization rate to PTE net earnings, the resulting value could materially exceed the value of an identical taxable entity.  This is counterintuitive as a corporation that meets the requirements of an S corporation can check the box to be treated as such.  Hence, there is no cost basis to justify the higher value of the PTE.  Further, the cost to form an S corporation is nominal and would not support the significant “S corporation premium” that was argued by certain professionals.

A second argument revolves around investment philosophy as it relates to taxation.  Recent studies have shown that investors are not solely concerned about entity-level taxes but rather total taxes on investments.  Thus, taxes at the entity and individual levels are considered when making investment decisions. Arguing otherwise seems disingenuous.

As shown in several recent cases, the tide may be turning in the taxpayers’ favor.  A decision has been pending for several years in the U.S. Tax Court regarding William A.V. Cecil, Sr., Donor, et al v. Commissioner.  This case involves the Biltmore Company, an S corporation that owns the Biltmore Estate in Asheville, North Carolina.  In Cecil, all experts, including the IRS expert, prepared valuations using tax-affected future cash flows.

In 2019, a case supporting tax-affecting of PTE earnings was rendered in the United States District Court of Wisconsin, James F. Kress and Julie Ann Kress, Plaintiffs, v. United States of America, Defendant.  This case involved Green Bay Packaging, Inc., an S corporation.  All experts used tax-affected information in valuation of the PTE.  The court upheld the opinion of the taxpayer’s expert.  As of yet, no appeal has been filed.

A final recent case to consider is Estate of Aaron U. Jones, et al v. Commissioner (T.C. Memo 2019-101). Jones involves gifting of interests in an S Corporation and a limited partnership.  These PTEs are timber-related operations in the Pacific Northwest.  In Jones, the taxpayer’s expert used tax-affected approaches in valuing the PTEs.  On the other hand, the IRS expert did not and testified little about tax-affecting.  The IRS attorneys argued against tax-affecting without eliciting direct testimony from their valuation expert.  The court accepted the taxpayer’s valuation and upheld the tax affecting of the PTEs’ earnings.

These three recent cases are big wins for taxpayers.  Since all cases have different fact patterns related to taxation, it is difficult to generalize on how much tax-affecting will impact a given valuation.  It is not unreasonable to expect a minimum effect of 15% on a PTE’s fair market value.  If you have questions regarding this topic or others related to business valuations, please do not hesitate to arrange an appointment with us. 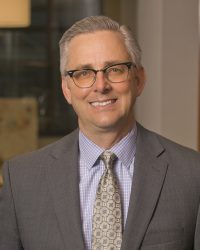 Charles P. Rafferty, CPA, CFE, CVA, ABV, CFF is a member with GranthamPoole PLLC and a recognized leader in the fields of business valuation, litigation services, and forensic accounting.  He has written, taught, and spoken extensively on these topics locally and nationally.  He has served on the Ethics Oversight Board of the National Association of Certified Valuators and Analysts (“NACVA”), as president of the Mississippi Chapter of NACVA, and as Chairman of the Business Valuation Committee of Mississippi Society of Certified Public Accountants.  Please contact Charley at crafferty@granthampoole.com, www.linkedin.com/in/charley-rafferty, or 601-499-2400. CPA license # R2608